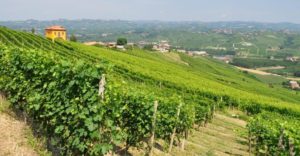 Elio Altare is a living legend of the Piedmont region. He is the creator of one of the region’s most renowned estates. A pioneer, he is one of the winegrowers who dared to settle in the Piedmontese hills, despite the difficult location, he forged the reputation of Piedmontese wines.

Originally from the town of Dogliani, the Altare family bought a 5 hectares farm in La Morra back in 1948, has since made history in the region, and became famous for producing wines of finesse and elegance. The vineyard was extended later, in addition to the La Morra hilly vineyards, was purchased or leased the Arborina vineyard at the top of the hill as well as top locations such as Canubi and Cerretta Vigna Bricco. The estate now works with exclusive and dedicated 12 hectares of premium lands, which are cultivated by the family with respect, care, all without the use of chemicals and pesticides.

Elio Altare is a giant amongst the many great winemakers that pepper the hills of Piedmont; his pioneering efforts in changing production methods to gain a more expressive and approachable style of Barolo inspired a generation of producers to follow suit and, it must be said, the results have been a huge positive for the region and its wines in general.

In the summer of 1983, Elio Altare destroyed the old family barrels using a chainsaw. The first gesture to mark the beginning of a new era in Barolo. He was one of the Barolo Boys, a group of young winemakers, Voerzio, Boschis, Altare, and Manzone that started to innovate in the region and that was glamorized in the documentary of the same name by Paolo Casalis and Tiziano Gaia. While Piedmont had always been very traditional, Elio Altare was one of the first to question the wine’s identity and the winemaking techniques normally used. They started to introduce modern cellar techniques, shorter fermentation times and aging in French barriques and were therefore extremely successful. Their goal has always been to make Barolo as elegant and long-lasting as the famous Burgundy wines from which he brought the ideas. 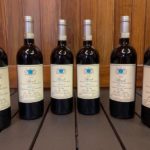 Thanks to his intuition, the winery Elio Altare soon collects the first success in a few years and stood at the top of their field. From green harvesting to reduced yields, to aging his wines in French barriques in lieu of the classic Botti, every tradition was questioned in the spirit of innovation, with the ultimate goal to raise the quality of the region’s wines. With the adoption of many of these new winemaking techniques, Elio Altare quickly became known as the leader of the “modernist” movement. Alongside Angelo Gaja, and followed by many new wave winemakers, they dared to be different and by doing so, helped raise the standard of quality throughout the region. Constant innovation has remained the axiom at the Altare family estate which is now run with the same degree of enthusiasm and innovation by Elio’s daughter, Silvia. Whether it’s doing two completely different types of vinification for the same parcel as in the Barolo “Arborina” and Langhe “Arborina,” or de-stemming bunches by hand for an experimental micro-cuvée, the goal remains to keep pushing forward and raising the bar and to show that tradition and innovation are not mutually exclusive. 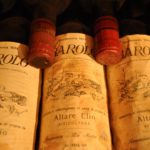 The wines of Elio Altare are reputed not only for the quality but also for the concentration and depth that are unmatched. The wines are some of the most successful examples of “modern classic” you will find, preserving and showcasing the vibrancy and provenance of the vineyards while at the same time delivering those characteristics within limpid and supple textures. They are quite rightly regarded as one of the superstars of the Langhe. 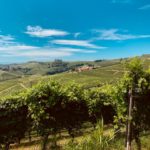 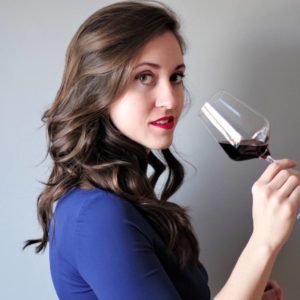 Sommelier, wine writer, whisky ambassador, my official title is a little vague and my path rather atypical.

My studies are ongoing and will probably ever be. They include Certified CMS, WSET level 3 with distinction, and ISG. Subsequently,

I was the first in Quebec to complete the Whisky Ambassador training. I’m the author of The sommelier’s cookbook,

How to pass your sommelier exam, and Wine Map Book as well as a collaborator for various international magazines.

My passion led me not only to wine writing but also to a Sommelier career. I’m the head sommelier for the reputed Auberge

Ripplecove with a wine list rewarded by the Wine Spectator’s restaurant award. I’m the youngest Wine writer in Quebec, but my adventures are rich and esteemed.