Italy is mainly known for its red wines, but there are plenty of hidden gems in the white sips that also deserve to be discovered. The unrivalled variety of grapes, that are the treasure of Italy, offers many of them. And they are great, not only because they express a varietal character, that cannot be confused with anything else, but they also offer a link to their own territory of production. Like the (never well enough known) Verdicchio grape, that the surroundings of the village of Matelica transforms in something more and very different. 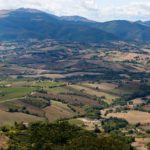 Matelica is a small territory (just around 200 ha of vines) with a definite personality of its own. It is located in the valley of the Esino river, that springs from a silent, bucolic hamlet. Being the only valley of the Marche region that runs parallel to the coastline, the temperate breezes arriving from the sea do not influence the local climate. We are in sweet, green hills nested between ridges of mountains, as majestic to admire as relatively easy to climb. Eastward, Mount San Vicino hides the sea. The peak can almost be reached through a road that heads up, crossing the tiny village of Braccano first, famous for its walls covered with murals that attract many tourists. Then it climbs up again, opening a view on rolling vineyards and green pastures, ending just a short trek away from the peak, with a gorgeous view of countless miles of coast. Westward, the peaks of Mount Catria and Mount Cucco form a barrier practically without interruption: dirt roads lead you surprisingly close to the top. (But take care of you tyres!) Southward the lunar looking Sibillini Mountains impose themselves as the view as an even more impressive wall. Thus, the only real opening of the valley is in the North, following the river Chienti (with a motorway that leads towards the beaches of the coast, or to Rome in less than three hours).

For the tourists, apart from the excursions in nature, the trekking and cycling routes in the valley there is an abundance of treats. Matelica itself, Cerreto d’Esi, Camerino (a university site), and the bigger Fabriano in the North are medieval, cosy looking little towns, perfect for a relaxing walk in the historical centres, with many monuments still closed after the devastating earthquake in 2016. Not forgetting the local gastronomy: olive oil, tasty cold cuts and local specialties (don’t miss the “Coniglio in porchetta”, that is to say rabbit stuffed with pork meat), that all match preciously with the character of the Verdicchio. Because the Esino valley can definitely call itself a tourist’s wine destination. 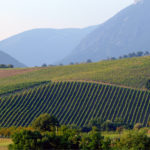 Actually, there is something peculiar that distinguishes the Matelica Verdicchio from its more well-known (because of the bigger amount of production) Castelli di Jesi brother. That is the kind of sentence often repeated every time the territorial identity of a certain wine is discussed, but on this occasion, it is even truer than usual. The comparison of the two denominations of this important Italian white grape variety is marked first by the climate, and then also by the geological features of the soil. Incredibly, but logically, the climate of the Esino valley is not Mediterranean, but continental.

During the day the elevated number of hours of insolation brings high temperatures, but just after sunset the vicinity of the mountains, and lacking the regulator effect of the sea breezes, brings them down drastically. The consequent gradient of values of temperatures slows the ripening of the grapes, or better consents a complete maturation of the skins, with the fragrancy of white flowers, refreshing herbal hints just like that of a freshly cut lawn, fruits like apricots and peaches, BUT WITHOUT LOSING ACIDITY. And so, the Matelica Verdicchio always develops its crisp, vibrant character in the mouth. Besides, such a unique (not a foregone word here) climate configuration gives the wines plenty of opportunities for food matching, and not only with the local meat cuisine. 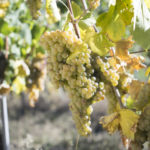 In pedological terms, it is not to be forgotten that the Esino Valley was the bottom of an ancient sea, now disappeared. This has left plenty of minerals that show themselves at every sip in terms of savouriness. No wine tasting manual explicitly explains the term “depth”, but any wine lover can recognize a deep, tasty wine when he/she enjoys it. And this happens very often with Matelica.

Such an imposing personality has been duly acknowledged with the recognition of the DOC in 1967 (one year before its Jesi brother!), and the Riserva was switched to DOCG in 1995. Not so many Italian whites contemplate the Riserva typology in their Disciplinary rules, but Matelica more than deserves this possibility due to its evolution potential. Producers are becoming more and more aware of what their wines can be, and the market and the critics are as well. 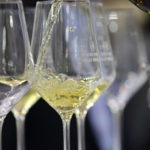 Here are some wines (but there could have been many others) that thrilled me in the “Born to be Vintage” tasting event, kindly hosted by the Istituto Marchigiano di Tutela Vini, a special event that gave me the opportunity to visit the territory, interact with the producers and try some old vintages.

Lamelia, Verdicchio di Matelica DOC San Vito 2020: Lamelia is the brand for the foreign markets of the Provima winery. A selection of grapes coming from the best vineyards of the estate on clay and limestone soils (400 mts high above the sea level); classic, clever winemaking in stainless steel, with just half of the mass of the wine attending the malolactic fermentation. And there’s a brisk nose of citrus fruits, with mineral and balsamic hints, and a creamy and tasty palate, made lighter by a refreshing acidity, with good length on the greener, more fragrant notes.

Casa Lucciola, Verdicchio di Matelica DOC 2020: an organic Matelica from a tiny familiar estate working with only 4 ha of vineyards, South-West exposed, 430 mts above sea level, on clay (mainly). The care and the craftwork can be perceived in the cleanliness and fragrancy of a nose that smells of grape juice and flowers, not to mention the expected salty hints; the sip has got volume and a nice sweetness of fruit that increases in intensity from the centre of the mouth.

Villa Collepere, Verdicchio di Matelica DOC Grillì 2019: the lucky guests of this elegant XVII century house born again as a classy residence can enjoy this “hard and pure” Matelica, where the smell is not yet 100% open but it already expresses white flowers and grassy presence, with some smokiness; while the mouth is thin but very tasty on the final, and the mouth-watering acidity extends the persistence of lilies and elderberry over the average.

Col Paola, Verdicchio di Matelica DOC 2020: 10 ha of Verdicchio (at 650 mts above sea level!) that stands out in the middle of the groves, while climbing up the road that heads up towards the beginning of the trek that leads to the peak of Mount San Vicino. A young estate (first bottle in 2013), certified organic, some way going over tradition, even in the packaging (see the choice of the screw cap). At such height grapes are necessarily picked very late (end of October), thus gaining citrus fruit identity in smell and taste; the wines get body and flavour from (once again) the clay and calcareous components of the soil, always retaining a brilliant acidity.

Collestefano, Verdicchio di Matelica DOC 2020: a producer (and a label) that have become some way iconic between Italian wine lovers. This estate has done a lot in setting the organoleptic identity of the Matelica wines as fresh, tasty, relatively thin but definitely deep and long lasting. This 2020 version does not disappoint, with lemon peel, thyme, hawthorn that make the nose explode after a proper oxygenation, with the sip that opens “peacock tail style” (that is to say wide and intense) towards the finish.

Marco Gatti, Verdicchio di Matelica Riserva Millo DOCG 2018: from a hot vintage, everything in this wine is a little bit “bigger”, but very well integrated. Slightly austere at the nose (saltiness, ash, but even flowers), it has got a powerful mouth, creamy and well balanced, tasty and with a captivating onset of fruitiness. The longer aging does not compromise the evolution potential. It’s a wine fatter than what people usually expect from the denomination, but it has got a deep personality and territory correspondence.

Bisci, Verdicchio di Matelica DOC Vigneto Fogliano 2013: a classic produced only in the best vintages, coming from a 40-year-old 4 ha vineyard on calcareous soil, fully exposed South; fermented and aged in concrete vats, without malolactic fermentation to keep the acidity intact. And in fact, this 2013 is an astonishing demonstration of the aging potential of the Matelica Verdicchio: it wants its time in the glass but opens beautifully on hydrocarbons and buttery hints that interact with ripe lemon peel, a noble evolution. The mouth is creamy, wonderfully balanced, and tasty.

Belisario, Verdicchio di Matelica DOC Cambrugiano 2012: one of the many vintages to name from the wonderful tasting held in the cooperative winery that has done so much for the development of the Matelica district, collecting the grapes farmed by the workers of the local home appliances industry in their free time. The selection Cambrugiano has always been a wine opulent but not too heavy: this 2012 fascinates with a brilliant old gold tinge, a balsamic and sulphurous nose, a mouth that is smooth, salted, fresh, very long, becoming more and more intense at the finish. A special bonus, the taste of stunning vintages 1994 and 1995 from Magnum jealously kept in the estate cellar.

La Monacesca, Verdicchio di Matelica DOC Mirum 2016: only steel but 18 months on the lees for the ageing of this celebrated selection. The producer Aldo Cifola looks for a certain smoothness and volume at the sip harvesting around 10 days late. Still a young green tinge on the rim, smell mottled by the local mineral identity, butter, sage, candy lemon peel, and mouth that is creamy, salted, wide in the taste, lingering on balsamic hints.

Borgo Paglianetto, Verdicchio di Matelica DOC Vertis 2017: another formidable selection aged only in steel that avoids malolactic fermentation and challenges the time. This powerful bottle confirms that 2017 has not been such an extreme vintage in Matelica. Ripe lemon and tropical fruits at the nose, with a strange but pleasing smoky hint. And a sip that corresponds aromatically, fresh, quite tasty, with a fair stretch of the “sweetness” on the ripest notes. Can be cellared, but it is definitely already enjoyable. 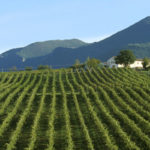 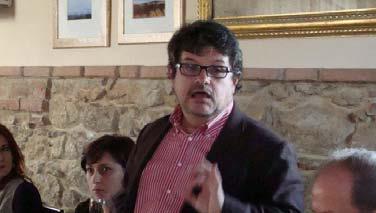 Qualified as Sommelier and Official Taster for A.I.S. (Italian Association of Sommeliers)