Reflections of an Italophile Master of Wine, Philip Goodband 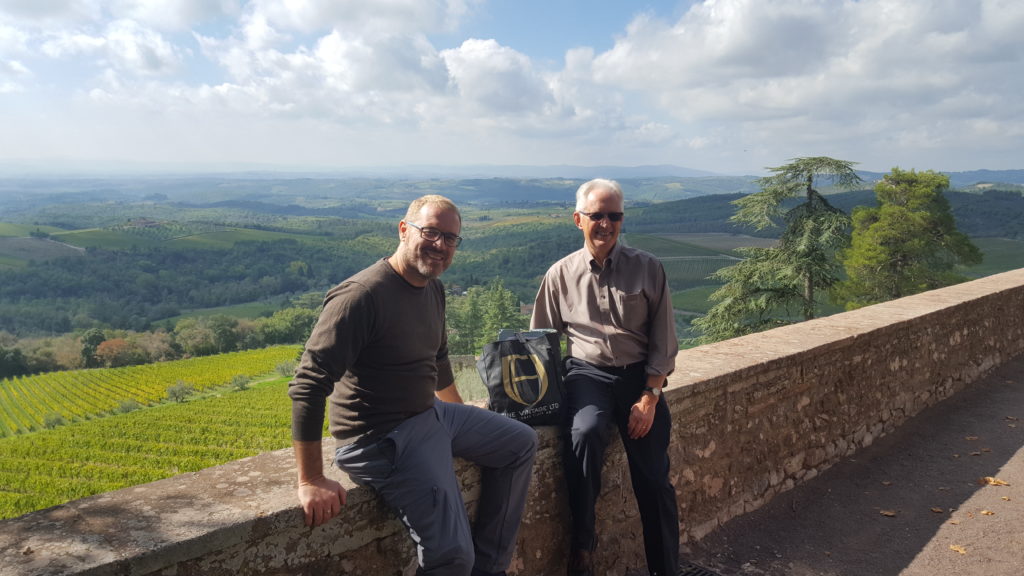 What does a mistress, multiple canons and some noisy peacocks have to do with Italian wine?… No?..  How about a connection with Italy’s oldest bank ?  Whilst I leave you to ponder these questions I would like to take you back to a bright July day in 1970 when an English trainee wine merchant first visited the wine regions of Italy on a quest for knowledge, a visit which turned out to be the start of a life- long love affair with a country and its people. Italy, with its long history of wine production had of course been part of the wine scene in the UK for ever, but in the 1950’s and 60’s had built a reputation both at home and overseas for inexpensive Soave, Valpolicella and of course those raffia wrapped fiaschi bottles of Chianti.

These were to be found on every high street, lined up over Italian restaurant bars and frequently converted into table lamps adorning many apartments and homes. What an amazing, if limiting, marketing tool that was! 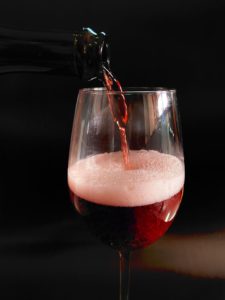 These simple wines together with a rather sweet fizzy wine called Lambrusco from Emilia Romagna had done a great job popularising wine with a public more used to beer, spirits and cocktails. In the Anglophone world few had any idea about the complexities of Italian regions, grapes and local denominations.  The joys of “real” Lambrusco with cork and string seals from  Sorbara, Grasparossa di Castelvetro et al. had somehow missed the target. Nevertheless the big brands including Riunite had given the world a chance to experience a little of “La Dolce Vita” and we loved it!

As travel became easier and the taste for wine blossomed, so did the opportunity for many to visit and experience Italian culture, hospitality and of course to enjoy the variety of excellent food and wines. This was an important period for Italian wine awareness and for a change in focus to pursue quality improvement which has been so evident in recent years in many parts of the Italian vineyard.

So to continue my story… The scholarship tour I was pursuing included an invitation to stay at the Fontanafredda estate in the heart of the Langhe wine region of Piemonte. This Magnificent estate in Serralunga D’Alba had belonged to Vittorio Emanuele 11 King of Sardinia who in 1858 gave it as a gift to his mistress Rosa Vercellana, also known as “la Bella Rosin”. By 1870 wine was being made in its cellars and 100 years later it had become the property of the bank of Monte dei Paschi di Siena who saw the estate as an historic asset. 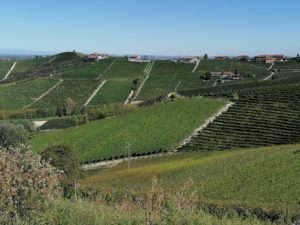 As an intern from the UK distributor for their Barolo wine, I was royally welcomed and accorded the honour of staying in the bedroom used by Rosa, even sleeping between the sheets and on pillowcases embroidered with her cypher!  The days work began with a far from melodic chorus from the Peacocks who strutted around the villa. What they must have thought about the noise from the canons being fired from surrounding hilltops to seed afternoon clouds with Silver Iodide is anyone’s guess, but I suppose this attempt to avoid the ravages of a hailstorm must have worked as I do not recall any golf balls from heaven bombarding us whilst we trimmed and tied the vines! 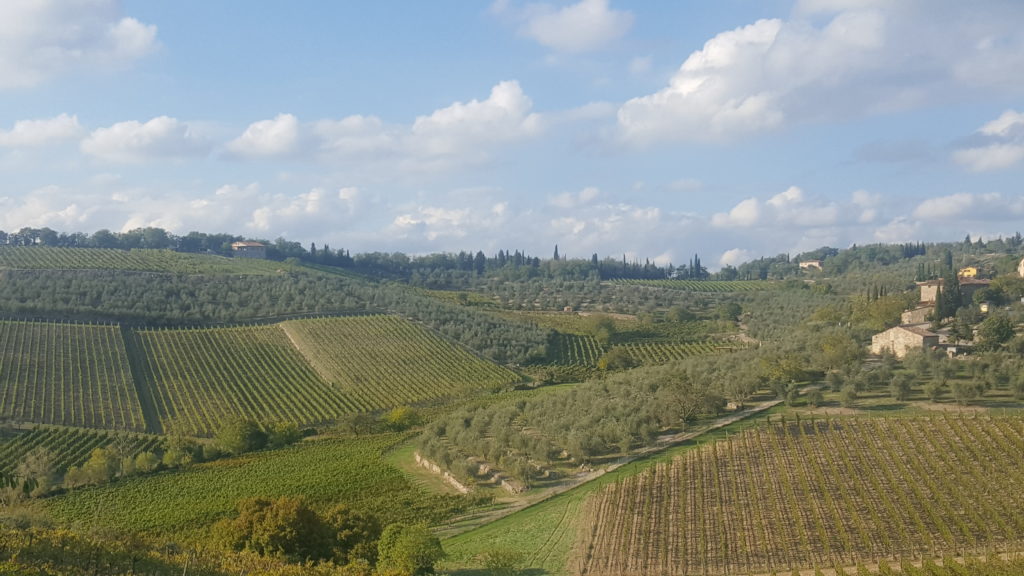 The next stop on my route was with Conte Corsini at his Chianti Classico estate in San Casciano Val di Pesa conveniently just South of Florence. The Count was so kind, frequently inviting me to share a simple Tuscan dinner created from delicious ingredients grown on the farm, accompanied by home- made bread, olive oil and delicious vintages from the Montepaldi estate.  The castle with its Cypress lined driveway, rolling vineyards, Olive groves and hilltop vistas imprinted an indelible, timeless image of Tuscany in my memory, never to be forgotten. During my stay I learned much about Tuscan viticulture and how this had changed from Mezzadria or sharecropping to a more economic but less community – based system. Daily excursions to Castles and estates close by, all personally arranged with his friends enabled hundreds of wines to be tasted and winemakers to be quizzed whilst being introduced to what appeared to my inexperienced eye to be the entire aristocracy of the region. This included one Piero Antinori who was a neighbour in the village of San Casciano and where just a few years ago their remarkable new underground winery was opened to much acclaim. The Antinori  Bargino facility epitomises for me the dramatic progress I have witnessed in Tuscany over five decades. 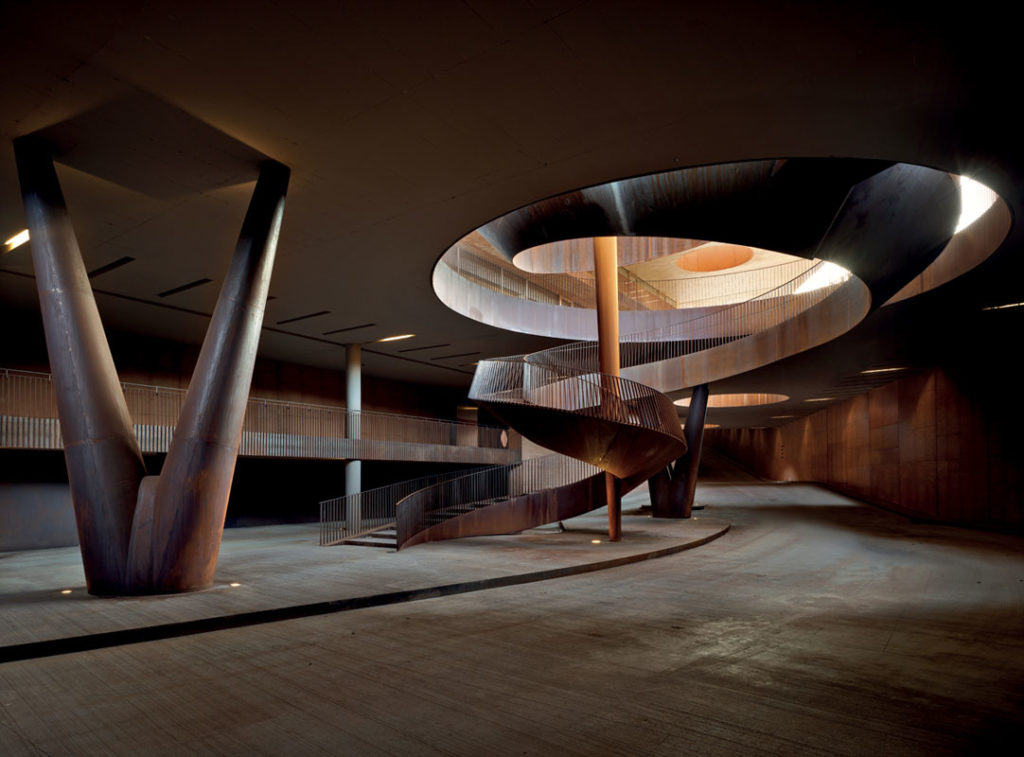 The increased focus on quality across the Tuscan landscape is certainly now bearing fruit. None more so than the wines of the Maremma, the coastal region between Livorno and Grosseto where the noble families have traditionally hunted and where, almost by accident Mario Incisa della Rochetta produced the now famous Sassicaia from Bordeaux varieties grown on the Tenuta San Guido Estate. Aided, at the beginning by his cousin, the same  Piero Antinori this exceptional wine has led the way in creating the so called “Super Tuscan” revolution along with  Antinori’s own ground -breaking Tignanello.

My own involvement with these estates and the Antinori hunting Lodge Guado al Tasso and neighbouring Bolgheri estate of Ornellaia, now owned by the Frescobaldi family, stretches right back to that first unforgettable trip. At a later period, I found myself representing their wines to the London Trade, and for many years until today working with James Cluer MW and Filippo Magnani in hosting exceptional tours of Tuscany including visits, tastings and intimate family style meals… just as in 1970! 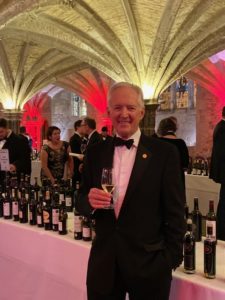 • Philip is first and foremost an enthusiast for everything  wine!

• A wine professional of long standing recognised by the Trade.

• Pioneer of sustainable and innovative packaging

• Plinther for Anthony Gormley’s “One and Other” London Artwork 2009

• London Ambassador for the Olympics and beyond.

• Former Chairman of the Institute of Masters of Wine,

• Chair of Wine Judging Committee of the the International Wine and Spirit Competition, www.iwsc.net.

• Former CEO, managing director or director of companies including: Stowells of Chelsea, Whitbread Wines and Spirits, European Cellars, Grants of St James’s, Wine Development Board and the Wine Standards Board of the United Kingdom.

• Life member of the Champagne Academy

• Member of the Order of St. Etienne D’Alsace

• International Consultant Master of Wine since 1994