I feel so honored to be featured on WSET GLOBAL today 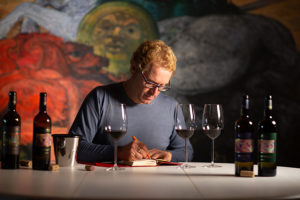 I feel so honored to be featured on WSET GLOBAL today

I enrolled in the WSET program in 2004 and after a period of long, intense studies between Tuscany and London, I completed the WSET Diploma in 2006. That was the beginning of a deeper involvement in the global business of wine.

At WSET we love hearing from our students and discovering that our qualifications have made a difference. Each week we would like to share these inspirational success stories with you, and put our students and Diploma Alumni in the spotlight. 🏆
~~~
Filippo Magnani (@filippomagnaniwine) was born and raised in Suvereto, a beautiful, unspoilt medieval village on the coast of Tuscany, Italy, where he still lives and works from today. After completing an MBA in Hospitality Management, he started his career as F&B Manager in several luxury hotel chains, both in Italy and abroad.
~
In 1999, at the age of 26, he founded Fufluns Ltd (@fuflunswinetour), a travel boutique concierge company specialized in customized wine tours in Tuscany and other regions of Italy for both wine professionals and wine enthusiasts. After attending a number of tastings and trips in different wine countries he recognised the need to increase his wine knowledge and enrolled on WSET‘s Level 3 Award in Wines in 2001 at Le Conseil Interprofessionnel du Vin de Bordeaux (France).
~
Two years later, and keen for yet more education, he signed up for the WSET Level 4 Diploma in Wines, and after a period of long, intense studies, travelling between Tuscany and London, he graduated in 2006.
~
Now, Filippo shares his experiences and knowledge at many levels, as a contributor for trade reviews, a member of the Circle of Wine Writers (CWW) and the International Federation of Wine and Spirits Journalists and Writers (FIJEV) and as a judge at International wine contests.